Schadenfreude Tourism? Cash me in!

With those words British Prime minister Theresa May confirmed to British voters that the country’s exit from the EU would be total and irreversible. Also confirmed: May’s place amongst the worst sloganeers in British political history.

In fairness to May, the bar for excellence in British political soundbites is set stratospherically high. This, after all, is the country that rallied the world with “We Shall Fight on the Beaches,” then chilled it with “Big Brother is watching you.” The birthplace of Churchill and Orwell, of Shakespeare and Wordsworth, and of Billy Bragg.

Britain isn’t cool, you know
It’s really not that great
It’s not a proper country
It doesn’t even have a patron saint
It’s just an economic union
That’s past its sell-by date

It’s not just that the phrase is borderline illiterate, a made-up word presented as its own definition. Far worse is the sentiment behind it: A petulant, tautological “fuck you” to the millions of voters living in hope that Britain hasn’t entirely retreated up its own arsehole. It neither rallies, nor chills – just annoys. It’s the “Miley being Miley” of political slogans.

And so I suppose it’s depressingly appropriate that “Brexit means Brexit” has now become global shorthand for a baffling, self-destructive decision made by seemingly intelligent people.

Witness the New York Times’ announcement that it is organizing – I’m not making this up – a “Brexit Means Brexit!” tour of London this coming October.

Yes, for just $5,999 (£3.50), Americans who – for whatever reason – might wish to a) flee the United States right now and b) visit a place which is likely even more economically, politically, and socially fucked, can visit the British capital and spend five days listening to journalists and politicians answer questions like “Did the voters really know what they were voting for? And what of the impact on Europe and the strength of the union?”

With the guidance of Steve Erlanger, the London bureau chief of The New York Times, and other experts, meet with politicians, journalists and historians to discuss Britain’s decision to leave the E.U. and the financial, legal and social implications for Britain, Europe and the world.

As a Brit who made his home in Obama’s America, and now is hunkered in Trump’s, I understand the impulse to understand how things got so globally fucked. Still, patriotism obliges me to suggest the American media might dredge its own cesspool before sploshing about in ours.

Moreover, where does the Times get off mocking my homeland for making ugly, cynical decisions just to appease a populist minority? Will Bret Stevens be along for the tour?

And yet, the numbers don’t lie. The Brexit Means Brexit trip has proved so popular that  the Times has added two more departure dates, now booking through 2018.

At a time when the world is careening toward nuclear holocaust, and newspapers are tumbling toward bankruptcy, clearly the New York Times Company has found the perfect response to both: Schadenfreud Tourism!

And not just to London. Next month – and again, I’m not making this up – the Times is offering a six day vacation to sunny… Chernobyl.

Visit the remains of the hospital that accepted contaminated firefighters after the accident, the town hall, the ruins of an amusement park that was never opened, a football field that has transformed into a forest over 30 years and many other strange sights.

One of my jobs here at Pando is to figure out new ways – subscription offers, Patron Walls, 419 scams – to make sure our writers get paid for the work they do. Despite the fact that I recently quit tech journalism, I have to admit this whole Schadenfreude Tour has potential.

I mean, what place more than Silicon Valley combines the self-destructive hubris of Brexit with the undiluted toxicity of Chernobyl? Where else could an executive, say, the oil or tobacco industry visit to instantly feel better about his or her own choices?

The ad copy practically writes itself…

Pando Tours Present: “Nobody Would Know It Was Us!”: A Deep Dive Into the Silcon Swamp 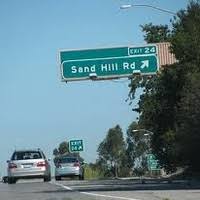 Silicon Valley was supposed to be the future of American capitalism: Disrupting corrupt industries, cutting through special interest and lobbyists, using technology to give voice to oppressed minorities. A true meritocracy!

The reality turned out somewhat differently. As the trial between Uber and Google kicks into gear, and Valley companies are being exposed as hotbeds of sexism, corruption and plain stupidity, the world is asking: How did things go so wrong?

You’ll see the actual Palo Alto conference rooms where Steve Jobs and Eric Schmidt colluded to fix the wages of millions of tech employees, the very park bench where Travis Kalanick (possibly!) encouraged Anthony Levandowski to steal Google’s self driving car technology, and Gurbaksh Chahal’s actual bedroom, preserved exactly as it was the day he savagely beat his girlfriend 117 times. And still got another job! At night, you’ll spend two hours trying to Postmates a simple fucking sandwich before retiring to your luxury ten-to-a-room hacker house accommodation, where you’ll be authentically sexually assaulted by a front end developer called Ryan.

But it’s not all relaxation and molestation: Guided by our team of professional swamp-snorkelers, you’ll learn how “don’t be evil” gave way to “don’t get caught” and find out what Mark Zuckerberg really said on his regular phone chats with Donald Trump. When your trip is over, you’ll be left with a lifetime of happy memories and the smug satisfaction that, while your workplace may not offer nerf guns and free egg freezing, at least your boss­­ almost certainly never came up with anything so cynical as “grayball,” and he especially didn’t do it while rating hookers in a Korean karaoke brothel.

Places are limited so book today to disappointment. Prices start at $20,000 including all “meals,” “accommodation,” counseling and an authentic convertible note from Ron Conway.

All participants agree to sign an arbitration agreement prior to departure. Bring your own mace.

The happiest lot on earth

Rover promises a network of 'trusted sitters and dog walkers.' That wasn't enough to save these pets

Like many new pandemic pet owners, Nia Morgan knew her puppy, Zorro, had grown very attached to her due to all...

Brilliant book and one of my favorite covers of all time.

Just finished Wake Up, Sir by @JonathanAmes. A fantastically funny book with characters I’ll remember for a good while. I want a Jeeves in my life!

I guess what I’m saying is we already have enough websites that are terrified of upsetting Peter Thiel, I’m not sure we need another one. New Gawker should have launched with the headline “Fuck you, Peter Thiel.”

I like Bryan a lot, and he’s always been very kind about my weird unprofitable media adventures, but his clear strategy is to make Gawker unscary to advertisers and unthreatening to billionaires. Whatever that is, for good or ill, it isn’t Gawker.

Day one of new Gawker: Bryan publicly warns - ha ha ha just kidding, but seriously! - his writers not to make any powerful people mad in case they sue.

OK I kind of missed this .... "There is exactly one thing that could still fuck it all up for me and cost me every dime of my considerable fortune: Gawker." https://www.gawker.com/money/how-much-money-do-you-have-bryan-goldberg