Sitting in my San Francisco hotel room this morning, watching CNN’s coverage of the Colorado shootings, something seemed off.

The visual grammar of covering domestic mass-murder is well-established: blonde lady at a desk, authentic-reporter-looking correspondents on the ground, shaken witnesses giving sobbing testimony. Professional reporters and amateur sources, with the former tasked with making sense of the latter.

But not this time. This time, something jarred.

It took watching two or three interviews, with different young witnesses, to realize what the hell was going on. The slickness, the sound bites, the neat closing summary: These people weren’t describing the tragedy, they were reviewing it.

The obvious explanation is, well, obvious. This was a midnight screening of the most nerdily anticipated film of the year. It’s not a stretch to imagine that many of those in the audience were gearing up to review the movie on their blogs and Twitter streams, or on Reddit, or wherever it is we’re supposed to review films today.

Almost all of the witnesses remarked that their immediate reaction upon seeing a masked man bursting into a crowded theatre was to assume that it was all part of the show. Some were probably excitedly reaching for their cameraphones and thinking about YouTube video captions before the all too real shooting began. It’s not a huge shock, then, that an audience gearing up to review one kind of violent drama might have difficulty switching gears when called upon to describe another.

That would also account for the apparent calm with which several teenage witnesses recount watching their fellow movie-goers being butchered just feet away. When we enter a cinema, we’re conditioned to suspend disbelief. As Anthony Lane writes on the New Yorker blog, midnight screenings — particularly those where the audience is encourage to dress up in costume — only heighten that dream-like state. The grim truth is that we very often find ourselves sitting in movie theatres watching people being shot in the face, sometimes in 3D. We scream, we relax, we scoop up another handful of popcorn. Said filmgoer Jamie Rohrs to the New York Times: “You looked up and people were falling. It was like a dream [.]” Exactly.

But even given all of the above, there was still something intensely disturbing about those unnaturally articulate witness statements. Consider the following account from Chris Ramos’ interview with CNN. Remember, these words were spoken, unscripted and direct to camera, mere hours after Ramos watched a dozen people being gunned down in cold blood …

“I know that there is evil in the world. I’m not naive about that. There is evil in the world but there is good. The one thing that I want people to know and the main message that I want to get across is not to forget that. To remember the good times of life and the beautiful things. And don’t just remember the horrible things about life because life can be a beautiful thing. We just have to be strong and overcome the evilness.

Like the movie of Batman. The true message of it? Standing up against corruption, against evil, against death. Standing up. Normal citizens just standing up to what is right. It’s ironic that that happened but that is basically the message that the Batman movies give out. Standing up for something that is right and ‘Even though the times get hard, the darkness is always darkest before the dawn.’ The second movie, that is what it said. It is exactly like this.”

And here’s a shorter quote, this time from “CNN iReporter Adam Witt” …

“I hit the floor and hid behind the seats in front of me, pulling my wife down to hide with me … It was the longest minute of my life. The gunshots just kept coming. I knew it could be over any second. I knew my wife could be gone any second. It was absolutely surreal. I felt something hit my left arm, and my first thought was, ‘At least it’s just my arm.'”

Those statements aren’t simply calm, they’re collected. They are the product of generation grown used to being invited — expected — to share every moment of their lives with an audience. On Twitter, on Facebook, on Tumblr, on Reddit, on Comet, on Cupid, on Donder and Blitzen.

And that’s what we’re seeing on CNN right now. Not — as many of we old-school mediasaurs once feared — a professional news media brought low by amateur “iReporters” and “citizen journalists,” but actually the reverse: the professionalisation of amateur witnesses to the point where their words are basically indistinguishable from those of the people holding the branded microphones.

This is both encouraging and horrifying.

Encouraging because any evidence that teenagers are becoming more articulate and thoughtful can only be a positive development, right? But horrifying because — Jesus Christ — the slaughter of 12 people and the attempted murder of 59 others, including a four-month-old baby and a six-year-old child, is not supposed to illicit a thoughtful or measured response. That kind of immeasurable  horror shouldn’t lend itself to neat sound bites or composed, articulate witnesses making facile Batman references as if they’ve spent their lives talking directly to camera, even if in point of fact they have.

No. Witnessing senseless violence is supposed to stun us into silence, to shock us to the point where we can barely breathe, let alone construct an inverted pyramid. That, and a measurable pulse, is how we know we’re still alive. 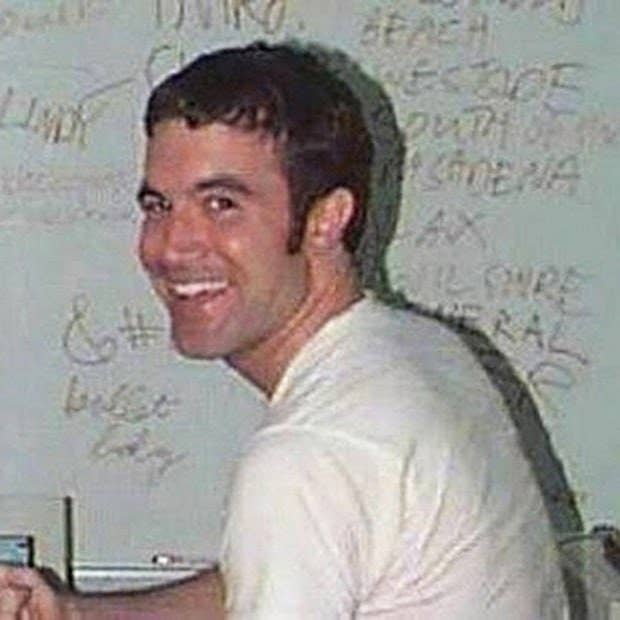